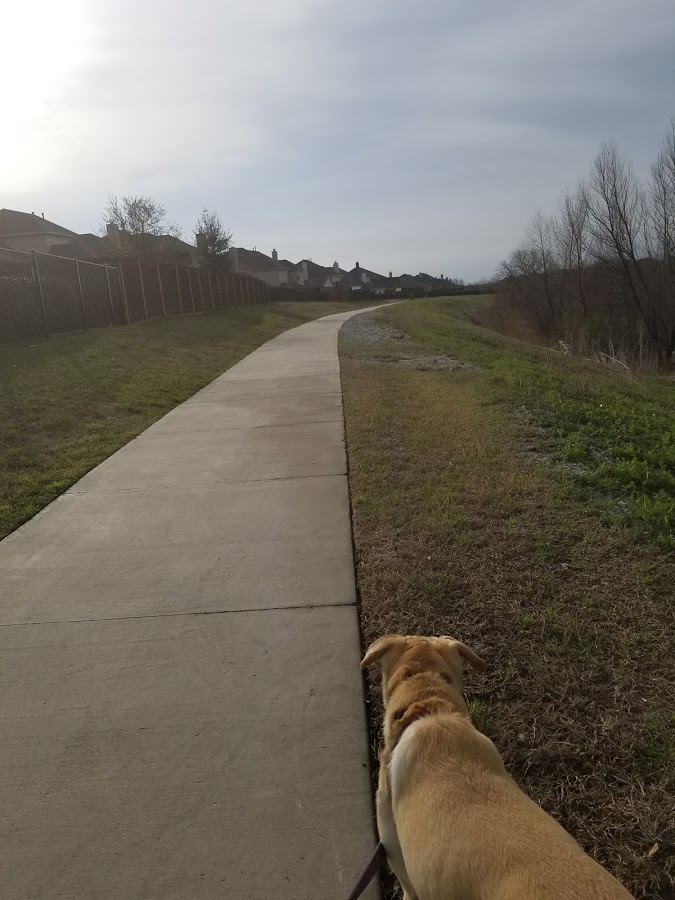 First of all, I was so stiff and sore the day after Cowtown. I could barely walk. So, I thought it was best to take an extra rest day and skip my normal Tuesday morning Body Pump class. I’m starting to feel like a broken record, but my shin is still hurting. It’s not a throbbing pain, but it’s not back to normal, either. I probably should go back to the orthopedic to check on it. In the meantime, I have started biking to make up for my lack of running. I really like it, even though I still have a little fear that I’m going to wreck and/or fall and injure myself severely. Saturday, I did two loops around the lake for my first bike ride; MapMyFitness says it was 13.85 miles. Tuesday evening, we did a family bike ride, so it was slower, and I only had time for one loop before dark.

This past Saturday, I attempted to run. It turned into more of a walk, but Aggie was excited to go. Saturday afternoon, I biked two loops around the lake for my longest bike ride so far at 14.34 miles (according to MapMyFitness). I ended where we started this time instead of cutting the last loop a little short, which is why this ride is longer.