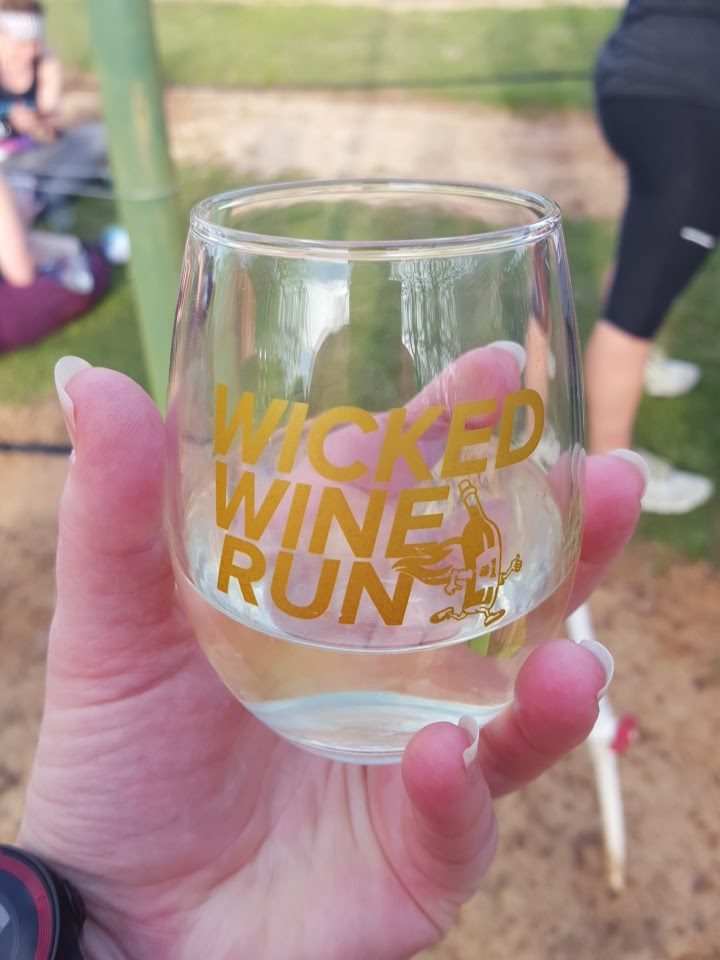 Just a little over two weeks after Cowtown, I had a bike wreck and really banged up my right knee. It hurt so bad to wear pants that I actually wore a dress to work! The injury caused me to take a little break from running, but I attempted a 5K at the end of March. The Wicked Wine Run was a evening race, and since I was doing it for run, I wore the cotton race shirt. It was warm for March and humid, so it was uncomfortable running it. The course wound through a winery and was a little muddy in places. After the race, we purchased some wine and listened to the band. Overall, it was fun, and I would run it again.