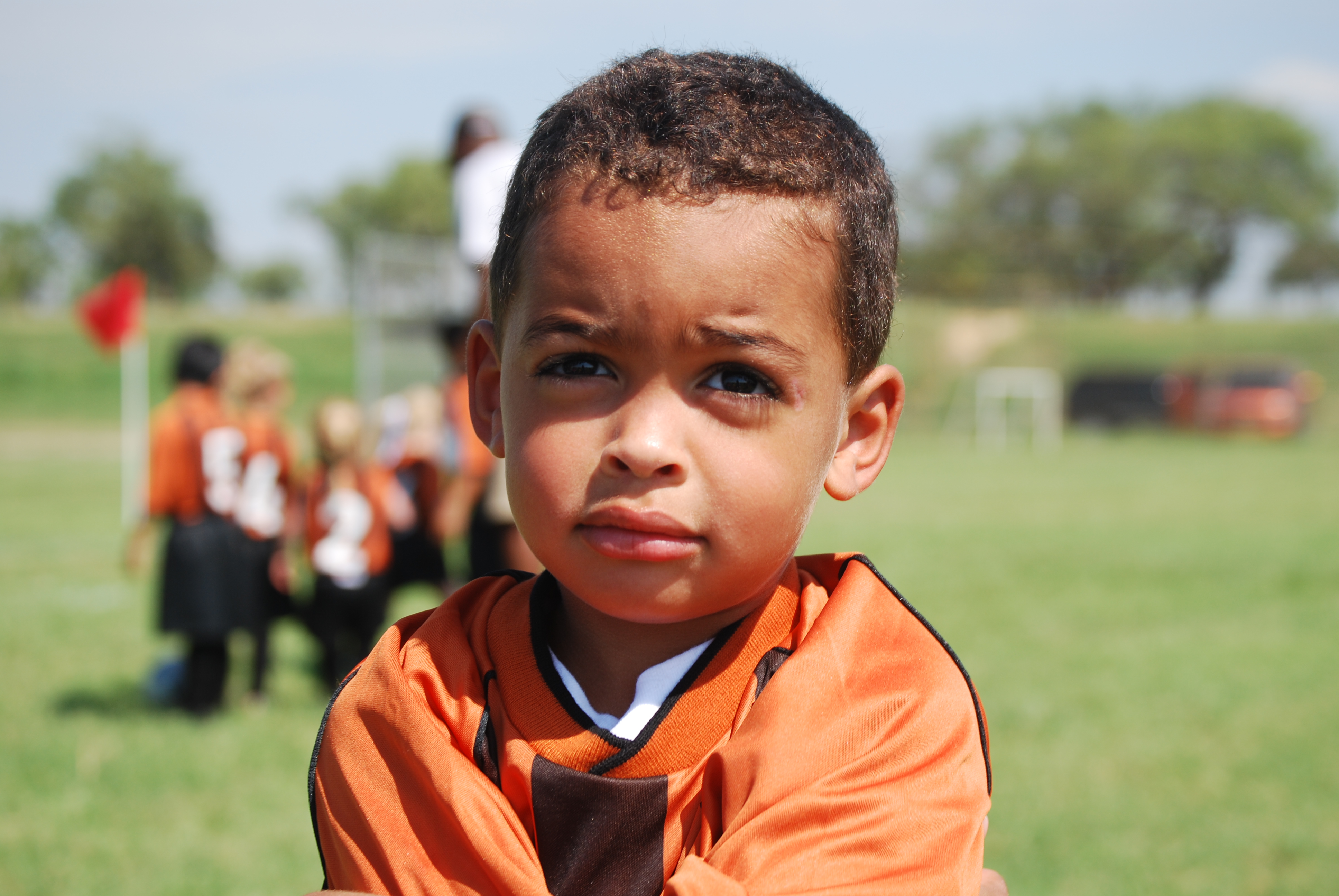 Zachary played his very first soccer game today. We didn’t expect him to play because he has pretty much refused to practice so far. However, he must have thought it looked fun, because he played quite a bit. There aren’t many things more entertaining than watching 3- and 4-year-olds playing their first soccer game. Due to a uniform snafu, we didn’t get his uniform until just before the game. I was disappointed to see that “rust” looks suspiciously like “burnt orange”.

He didn’t start the game, but went in quickly as a substitute. I have no idea what he’s doing here. He was much more aggressive than Hannah ever was. Here he is out in front and going for the ball. He ran all of the way to the goal and threw it in. I was laughing so hard, I could barely take the picture. He said he had fun, so maybe he will actually participate in practice this week!