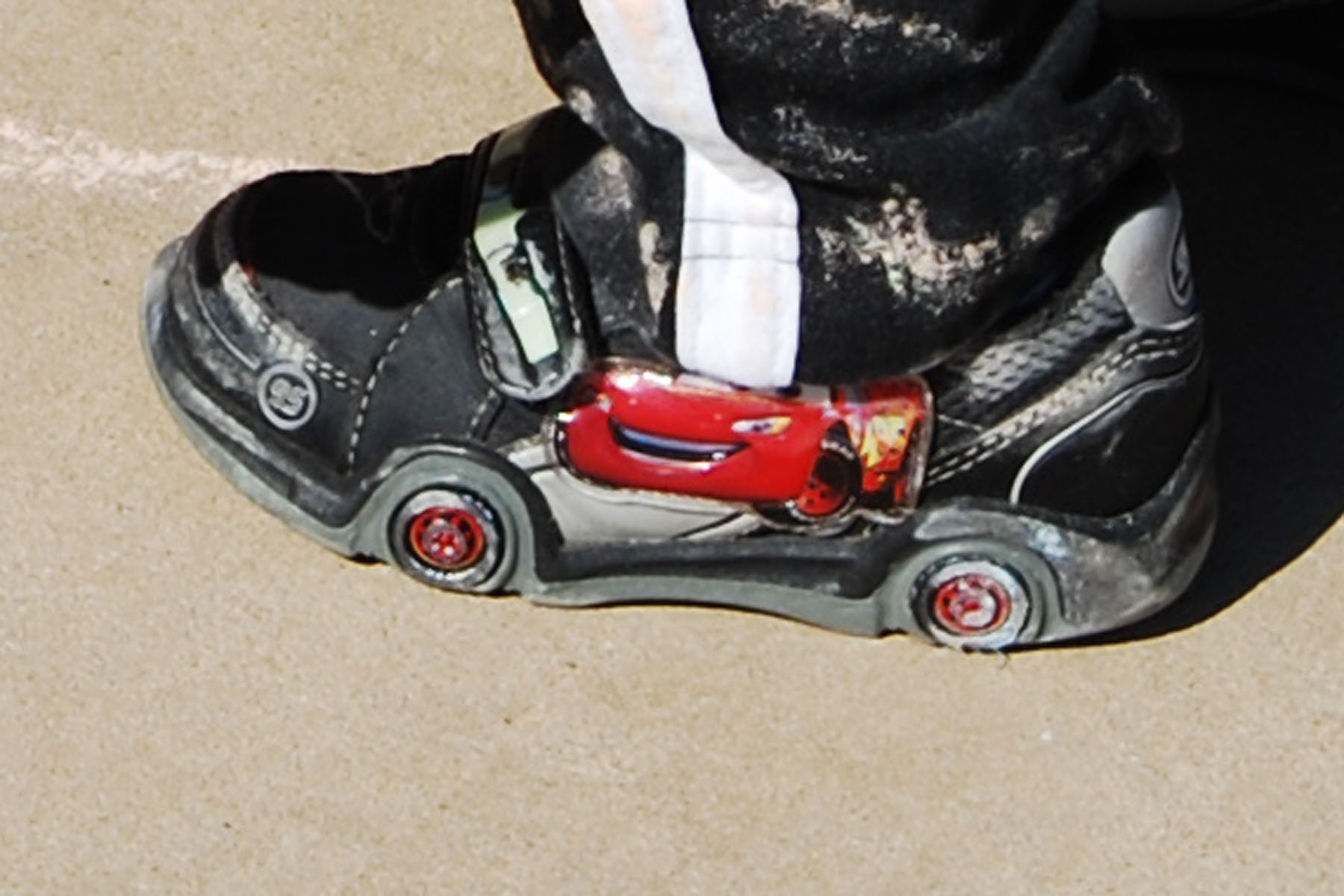 I was sick all weekend, which led to some not so clear thinking on my part. This could be bad, because I had an economics final over the weekend; I hope my answers were coherent enough for a decent grade. I’m feeling better today, but that could just be the DayQuil talking.

During my foggy weekend, I decided Zachary needed new shoes. His old ones were starting to look pretty ratty, and his toes were about to run out of room. While we were at Wal-Mart on Saturday, we got him size 8 of the same Cars shoes he already had. Having Cars shoes seems to be the only way to avoid him wanting to wear his Cars pajamas everyday. While we were in the store, he tried on the right shoe; it fit ok, so he didn’t try on the left shoe. When we got home, Zachary took the new shoes out of the shopping bag and box, and put the new shoes up in his cubby. Then, he put the old shoes back in the box. I made sure they were, in fact, the old ones and threw them away. I never looked at the new shoes until this morning. I got them out of the cubby and was about to cut the tag off when I realized we had one size 8 and one size 7. At first, I thought we had thrown one of the new shoes away, but both of these had clearly not been worn. Luckily, the shoe box was on top of the recycle bin, so we still had it. The only other shoes Zachary had that still fit were some sandals, and they are not allowed to wear sandals to daycare. So, Bill took him to daycare as usual so he could eat breakfast, and I took an early morning trip to a different Wal-Mart to buy more shoes. I made sure these were both size 8 before I left the store. Then, I had to drive to daycare and change Zachary’s shoes before I went to work.

In other shoes news, Hannah really wants some boots. Kindergarten had “Rodeo Day” at school last week, and she was a little upset she didn’t have any boots to wear. She did have a hat, so that kept her from being too upset over the boots. I should have taken a picture of the stick horse we made before she took it to school; it lost its head on the way home Friday.