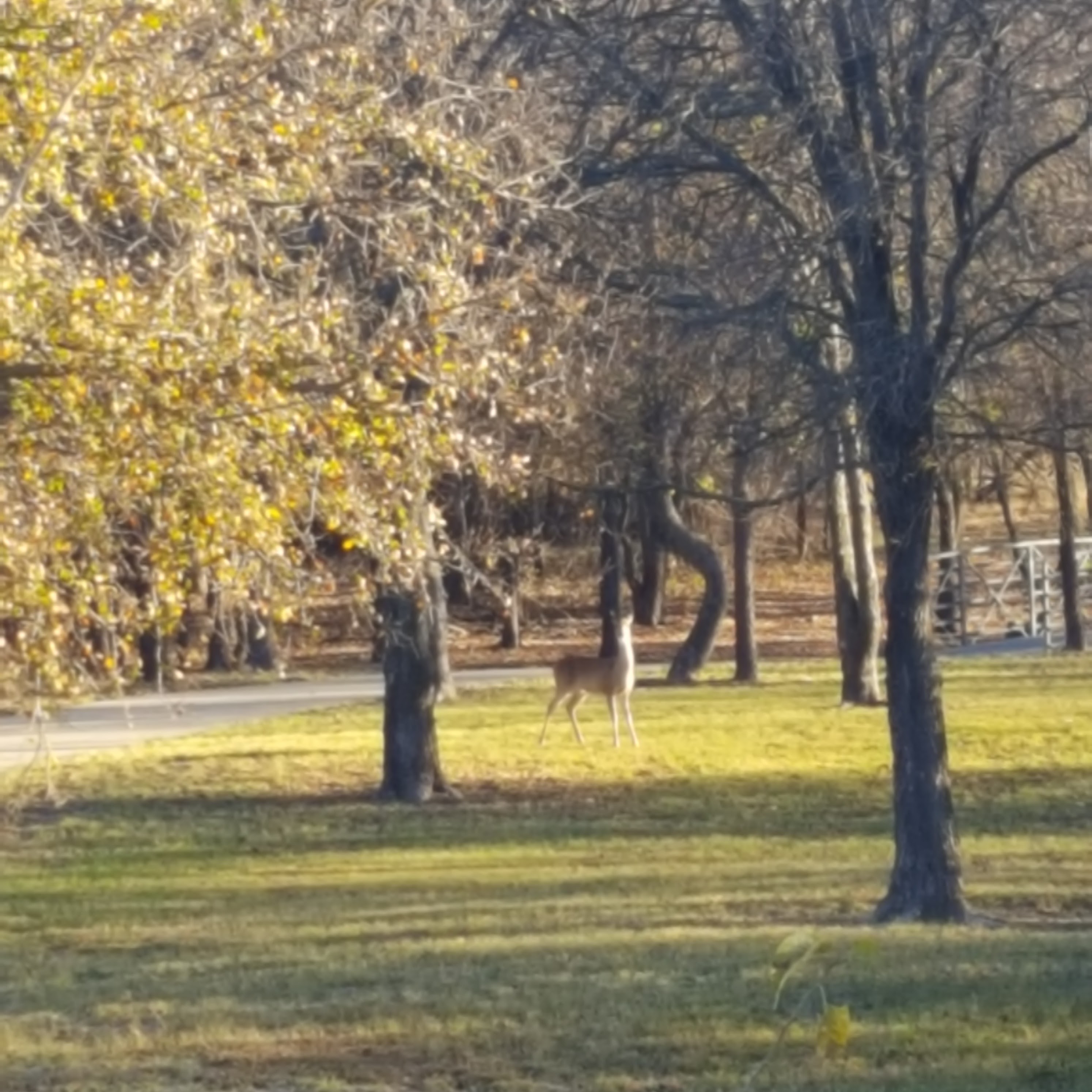 I was sick all week, so I skipped my run on Monday, and coughed my way through Body Pump on Tuesday and a short run on Wednesday. Thursday was the first of three Thanksgiving meals. We host this one, and I like to do all of the cooking. I think I finally got pecan pie right!

Friday, I got out of bed for my now-traditional post-Thanksgiving long run, and I did not feel well at all. I thought I would start feeling better a mile or so in, so Aggie and I headed out for what was supposed to be 8 miles. The highlight of the run is that we saw three deer. Soon after seeing the deer, I screamed at a large spider hanging from a tree, so the woman I met just after the scream probably wondered what she was running into. After 2 miles of constantly stopping to cough and feeling tired, we turned around for home. I’m disappointed that I had to cut my long run short, but I didn’t feel it was worth it to continue. We had a kid-free day, so we went to see Justice League, and I made two more desserts – a pumpkin cheesecake and a chocolate mousse pie while we watched some college football. After a quick dinner out, we started watching t.u. (University of Texas for those non-Aggies) and Texas Tech. When it looked like a t.u. win was inevitable, we turned it to something else.

Saturday morning, I drove to my hometown for more Thanksgiving. We had a great lunch, catching up with aunts, uncles, and cousins. Mid-afternoon, I learned that Texas Tech had pulled off a comeback and won, and I had been robbed of almost a day of football joy, which I was sure would end shortly when the A&M-LSU game started. We had another good Thanksgiving dinner, where the kids devoured the chocolate mousse pie. Then, we returned to watch some of the A&M-LSU game. I thought A&M was trying to make it a game, but it quickly fell apart. I’m not sure firing Kevin Sumlin was the right move, but time will tell.