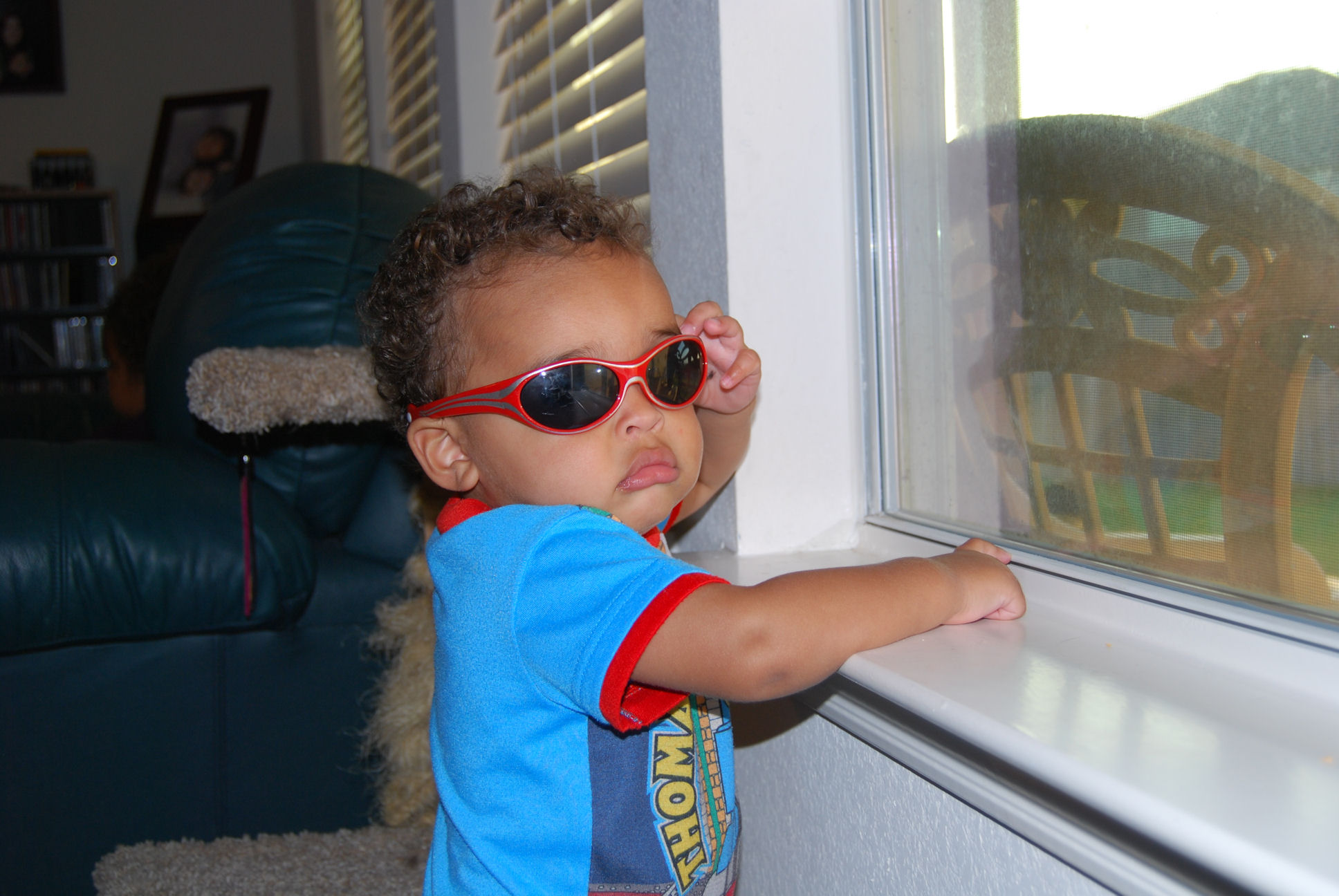 Well, today is my birthday.  Bill got me a few accessories for my camera that I had been wanting and an external hard drive.  Maybe I will actually backup my laptop now.  We also went to Outback for dinner tonight, because I thought “Chocolate Thunder from Down Under” would be a great birthday cake.

Hannah is enjoying Kindergarten, and she’s about to start soccer again.  Zachary is talking more and more, and I noticed that he has a new tooth tonight.  Instead of saying “dog” when he sees a dog, he pants like one; it’s pretty entertaining.

We avoided most of the effects of Ike; we just got a little rain and wind.  Unfortunately, the damage around Galveston and Houston is pretty bad.  It was hard to get information about the state of the buildings in Galveston for a few days after Ike.  At least two of the buildings I have been in were destroyed, the Balinese Room and Hooters (which was Ocean Grill, I think, when we used to each lunch there).  I got to tour the Balinese Room with several other people before it reopened in 2003 because we were considering it for a Christmas party.  It was really strange to be that far out over the water.  I haven’t seen any pictures of Ashton Villa, where we got married, but I have read that it lost some windows and had 18 inches of water in the first floor.  I did see video of many of the restaurants and shops on the Strand and other places downtown that I used to visit when I worked in Galveston (Yaga’s, Christmas on the Strand, Rudy and Paco’s).  Many of them had over 6 feet of water in them, and even though the buildings are still standing, they have a lot of water damage and Fisherman’s Wharf appears to have lost it’s back patio.

Just for fun, here are a couple of random pictures of Hannah and Zachary.